THE PEOPLE'S REPUBLIC OF CHINA

Premier Li Keqiang met on March 27 with Lee Nak-Yeon, prime minister of the Republic of Korea (ROK), who is attending the Boao Forum for Asia annual conference in South China.

Premier Li held talks with the Laotian prime minister, who came to attend the Boao Forum for Asia in South China’s Hainan.

The Boao Forum for Asia annual conference concluded on March 29 in South China’s Hainan province, with consensus on regional and global cooperation reached. 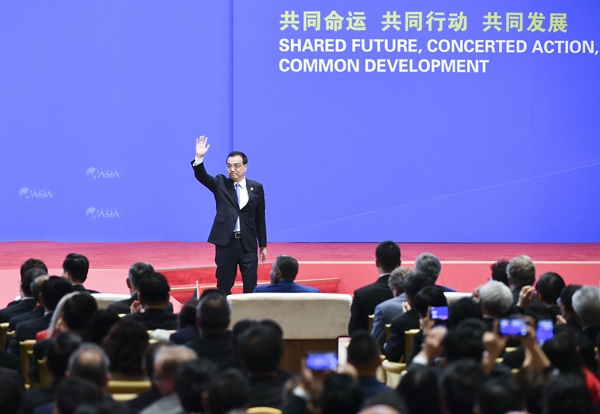 We treat domestic and foreign-funded enterprises equally and protect the rights and interests of all types of businesses with concrete measures.

We are willing to make concerted efforts with other Asian countries to resist risks and challenges and expand the space for development.

All rights reserved. The content (including but not limited to text, photo, multimedia information, etc) published in this site belongs to www.gov.cn.

Without written authorization from www.gov.cn, such content shall not be republished or used in any form.